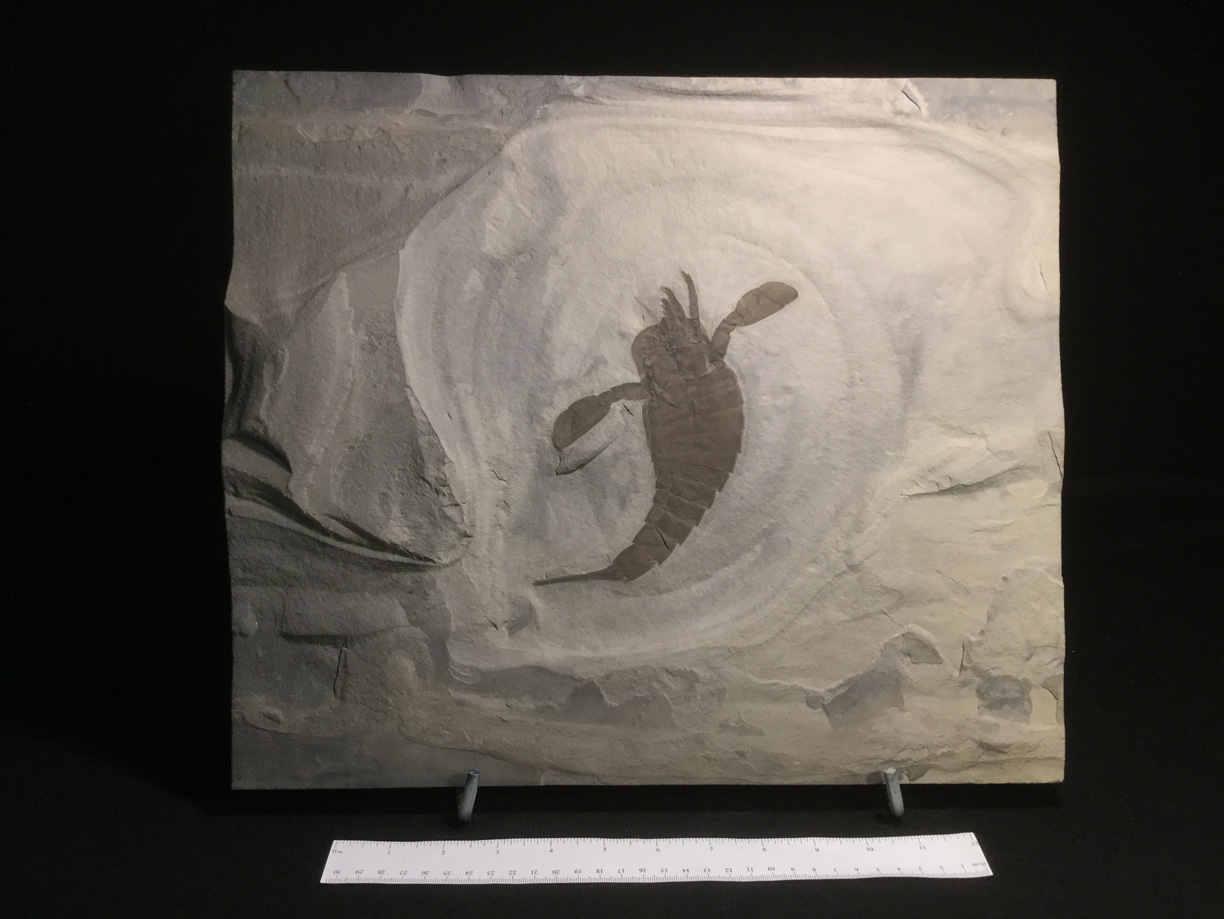 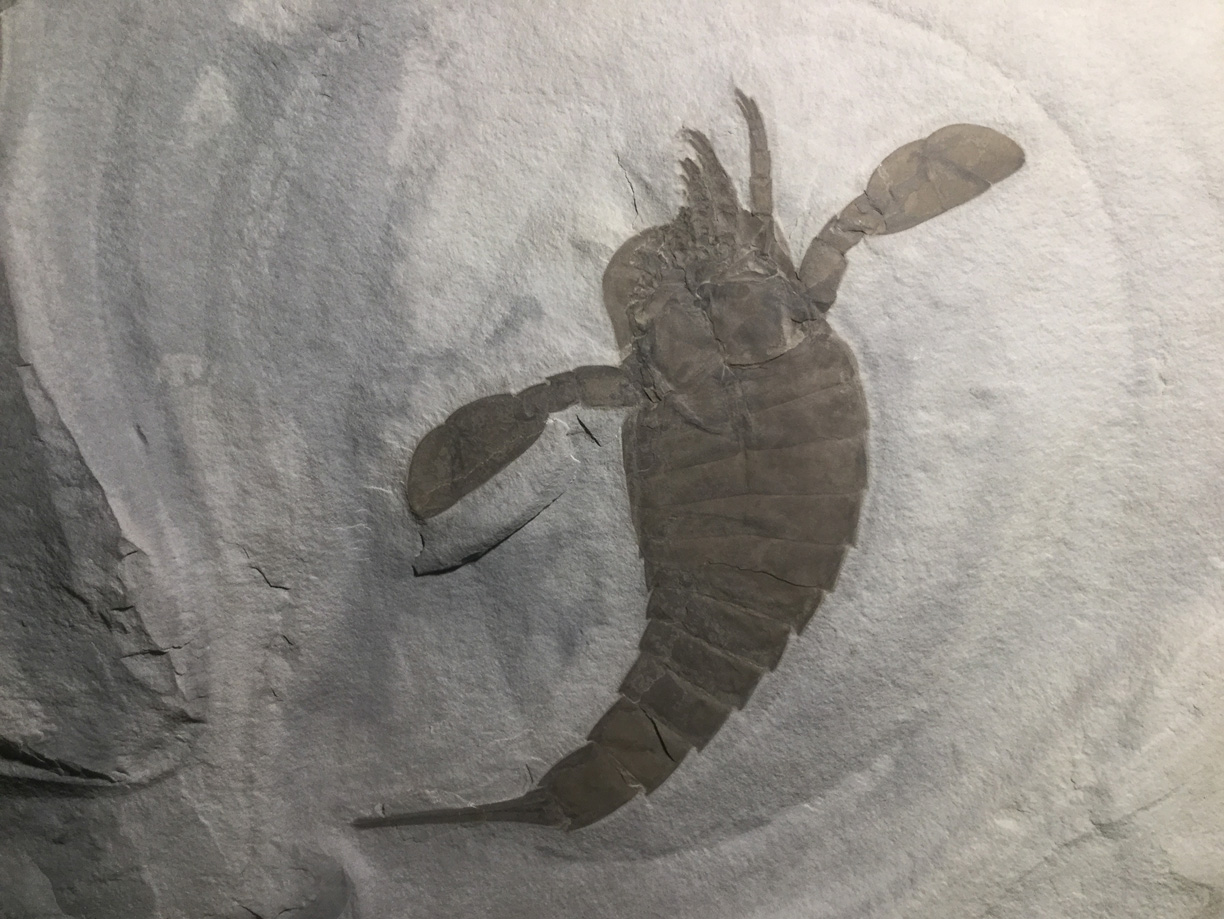 Eurypterids are commonly called sea scorpions. These arthropod predators appeared in the late middle Ordovician and disappeared in the extinction at the end of the Permian Period. They were predators to be reckoned with during their more than 200 million year run. Eurypterids crawled the sea and lake or river floor using pincers to grasp such prey as trilobites, and some believe that their tail-spine was venomous. This is a premier example of an adult Eurypterus with the exoskeleton, the swimming paddles and half of the legs preserved. This specimen exhibits a ventral aspect The slab is 15.75 inches by 13.5 inches and the Eurypterus body is 7.5 inches long.

Though they are globally dispersed, eurypterid fossils are uncommon in the fossil record because of the special conditions needed for preservation of their exoskeleton that was not mineralized. Thus, fossils sites preserving them are generally restricted to Lagerstatten having anoxic conditions. Such conditions existed in several fossils site within New York’s Bertie group from which this Eurypterus remipes comes, that were possibly breeding pools. Eurypterus is New York's state fossil.

Placed in Subphylum Chelicerata, Eurypterids are likely a sister group of Class Arachnida, and are noted for sharing ontogenic (i.e., morphogenesis) traits with modern xiphosurans, the horseshoe crabs. Over their run from the middle Ordovician until the end of the Permian a distinct trend is seen in the fossil record that indicates increasing migration to freshwater habitats from the Carboniferous to the Permian prior to their extinction.

$1550
Purchase
Silurian Eurypterid has been added to your cart.
Continue Shopping Checkout Now
© fossilAvenue.com
HOME
ABOUT US
PRODUCT CATALOG
CONTACT US