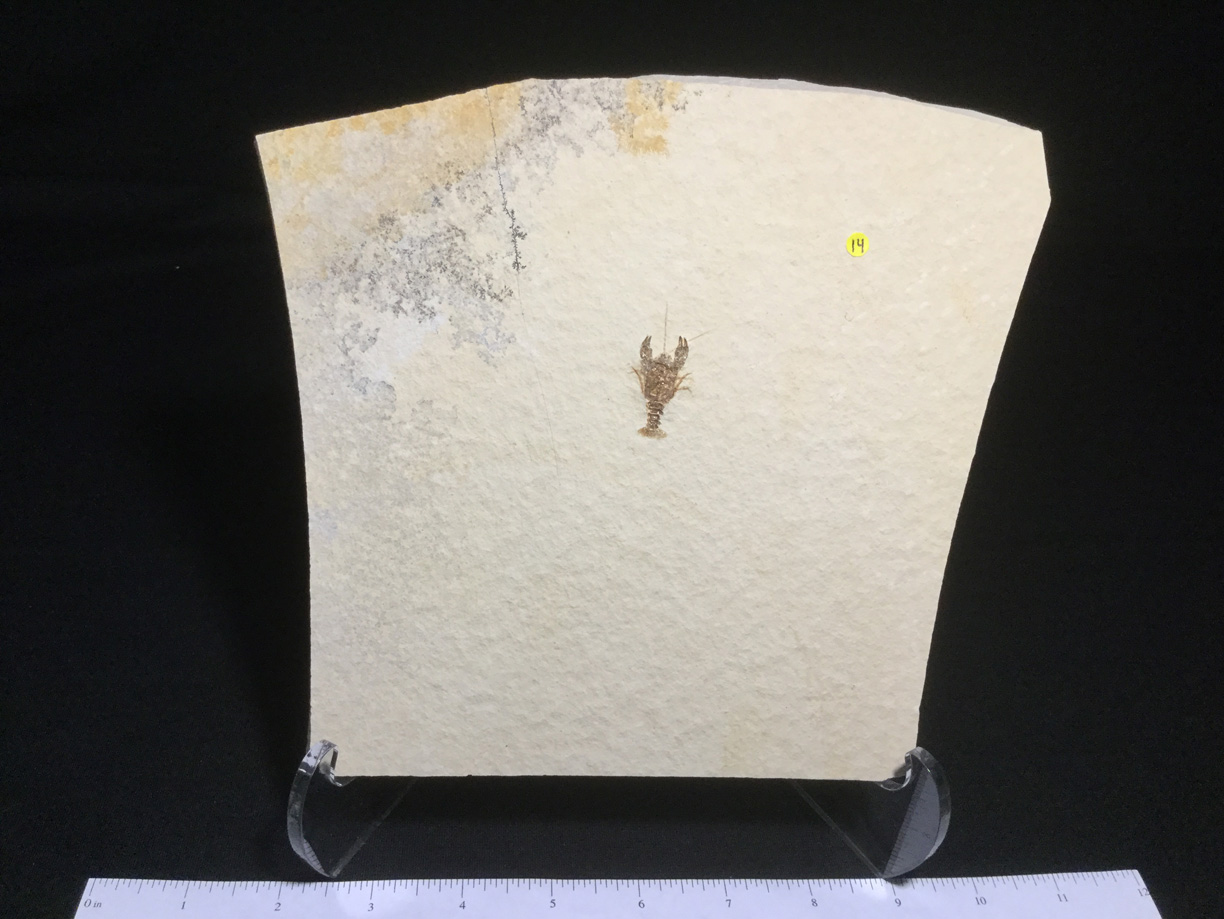 This specimen is a very good example of one of the smallest of the Order Reptantia (lobsters) found in the Solnhofen deposits. For is diminutive size is had powerful pincers and could capture prey of a relatively large size. The cephalothorax tapers forward to form an oval shape. Many small specimens are found and may represent juveniles. This genus is often found preserved in a prone position and has a distinctive widely spread tail fan. This slab is 7 inches by 7.5 inches.

$150
Purchase
Jurassic Solnhofen Lobster has been added to your cart.
Continue Shopping Checkout Now
© fossilAvenue.com
HOME
ABOUT US
PRODUCT CATALOG
CONTACT US