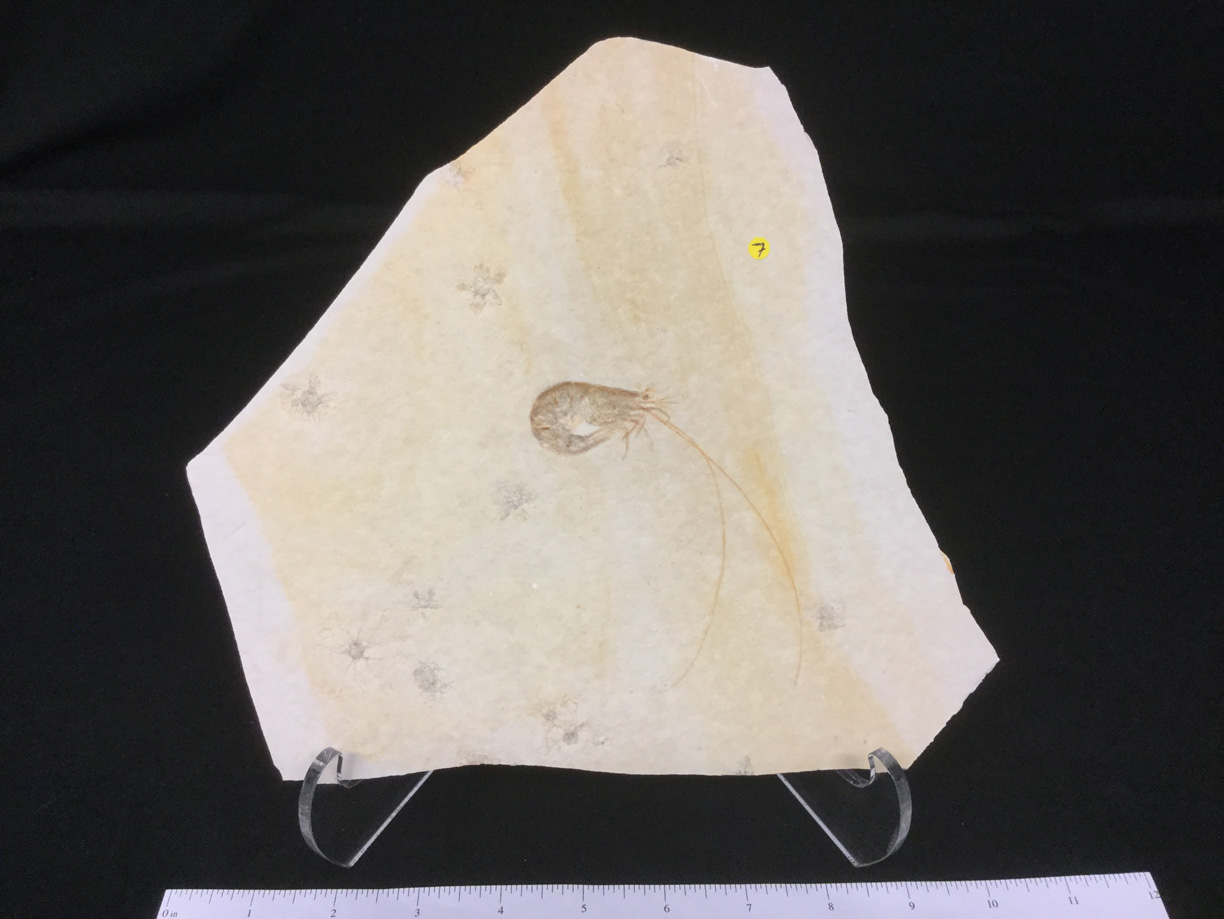 This specimen is a very good example of a fossil shrimp from the famous Solnhofen Limestone of Germany. This specimen is expertly prepared and has amazing detail. This crustacean is frequently found in the Solnhofen deposits. An elongated third pair of legs is characteristic of the genus. Also present on this slab are 9 Saccocoma sp. They are free-swimming Crinoidea commonly found in the Solnhofen deposits. Saccocoma has a domed calyx and ten short arms. The slab is 9 inches by 8.5 inches.

$90
Purchase
Jurassic Solnhofen Shrimp has been added to your cart.
Continue Shopping Checkout Now
© fossilAvenue.com
HOME
ABOUT US
PRODUCT CATALOG
CONTACT US