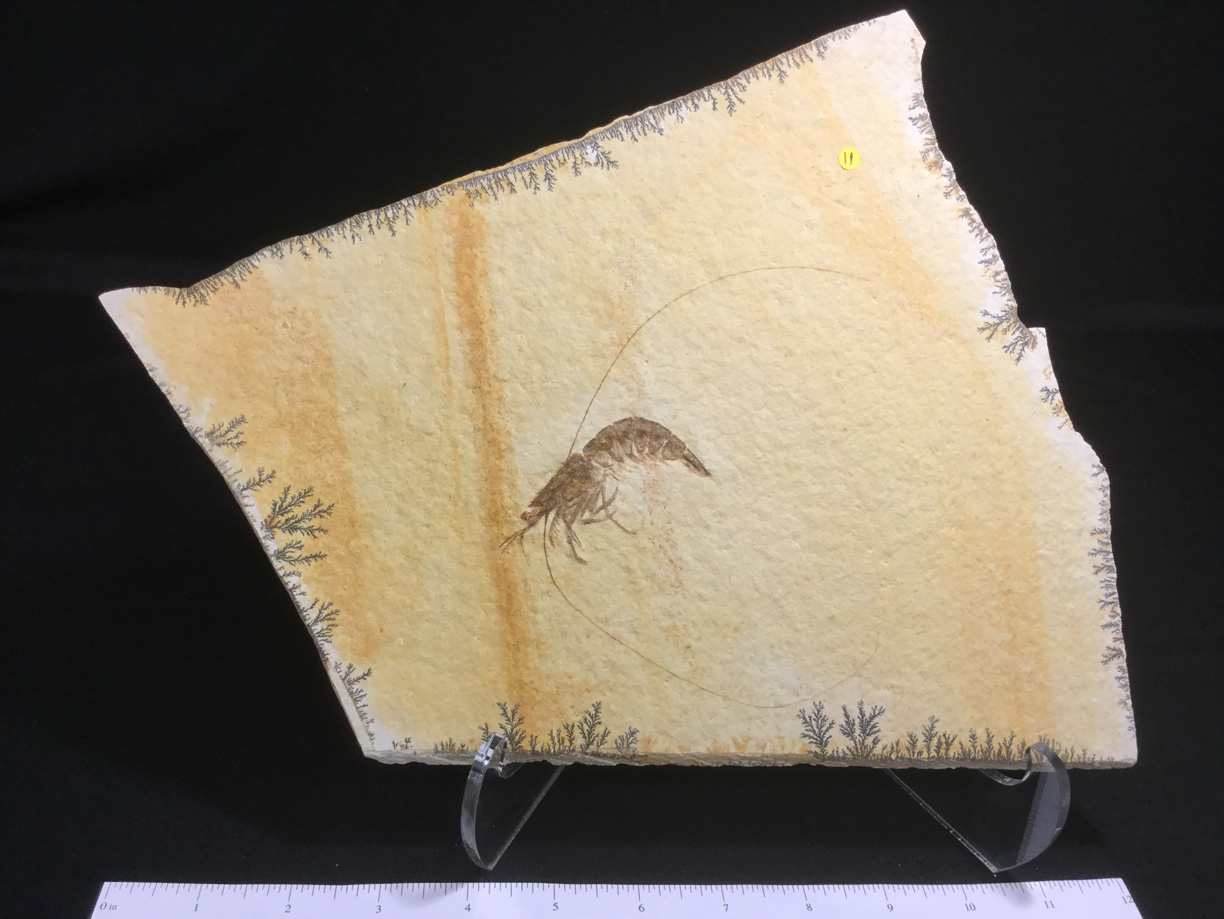 Shown here is a good example of the genus Dusa. The genus is characterized by a short and delicately serrate superocular spine. The cephalothorax is short. The third pair of walking legs is longer than the others. This is a relatively rare genus from Solnhofen. The plate is 9.5 inches by 10 inches and is rimmed with beautiful manganese oxide dendrites. The antennae are restored.

$280
Purchase
Jurassic Solnhofen Shrimp has been added to your cart.
Continue Shopping Checkout Now
© fossilAvenue.com
HOME
ABOUT US
PRODUCT CATALOG
CONTACT US