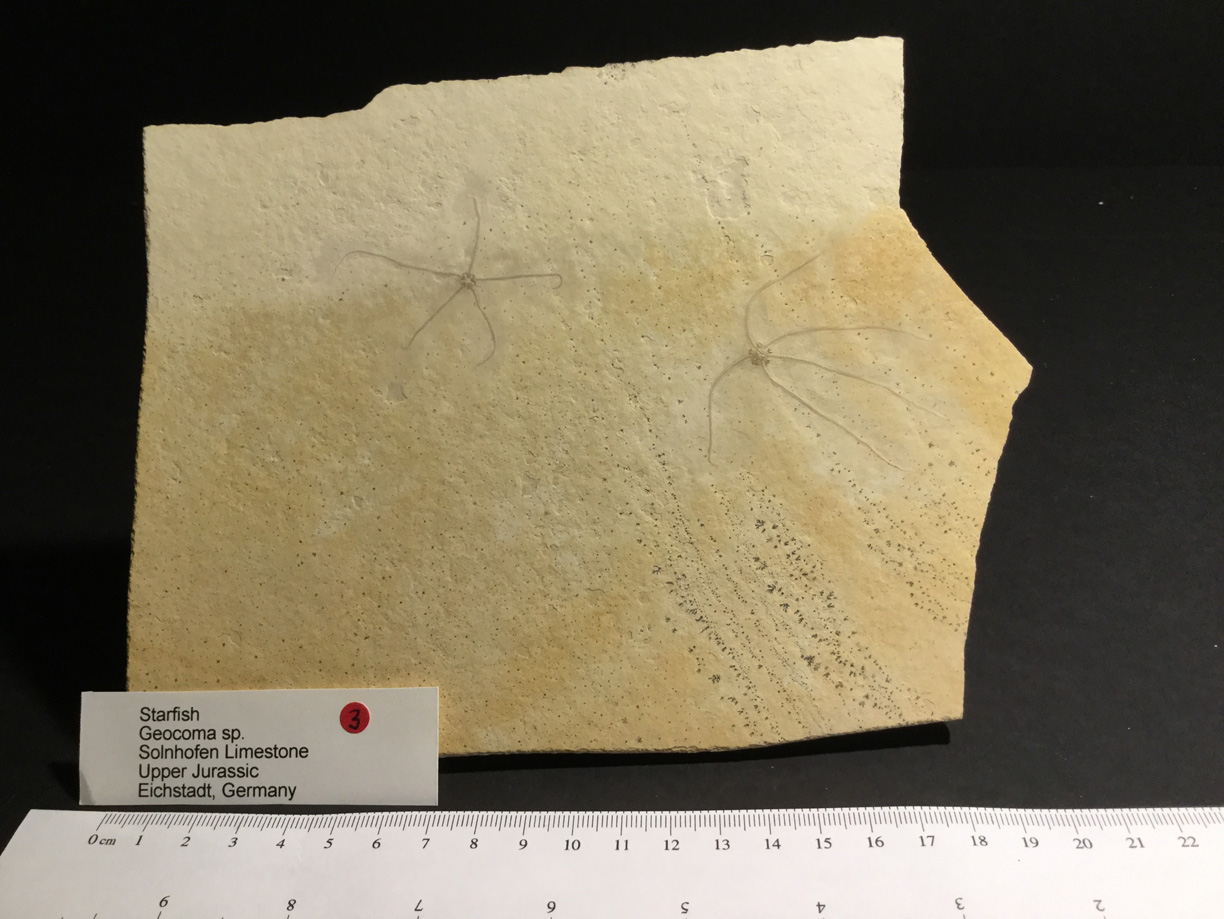 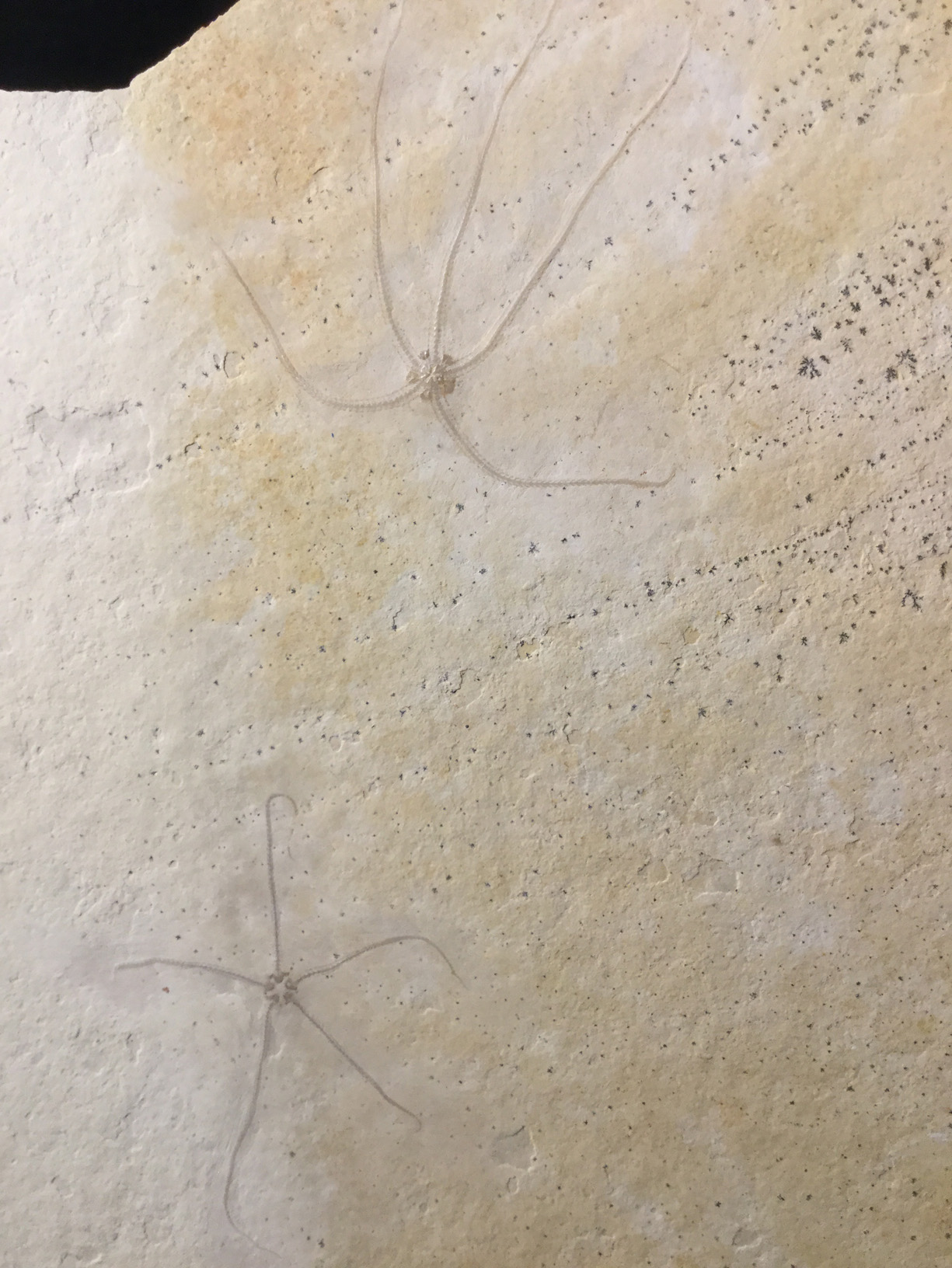 This specimen is a very good example of these delicate fossilized brittle stars. It is the most common brittle star found in the Solnhofen Limestone. Mortality beds have been discovered especially near Zandt. G. carinata has a central disk with small indentations between the arms and a more or less circular mouth.
The Solnhofen Plattenkalk, or Solnhofen limestone, is a Jurassic Konservat-Lagerstätte that preserves a rare assemblage of fossilized organisms, including highly detailed imprints of soft bodied organisms such as sea jellies. The most familiar fossils of the Solnhofen Plattenkalk include the early feathered theropod dinosaur Archaeopteryx preserved in such detail that they are among the most famous and most beautiful fossils in the world. The Solnhofen beds lie in the German state of Bavaria (Bayern), halfway between Nuremberg (Nürnberg) and Munich (München) and were originally quarried as a source of Lithographic limestone.

$175
Purchase
Jurassic Solnhofen Brittle Star has been added to your cart.
Continue Shopping Checkout Now
© fossilAvenue.com
HOME
ABOUT US
PRODUCT CATALOG
CONTACT US