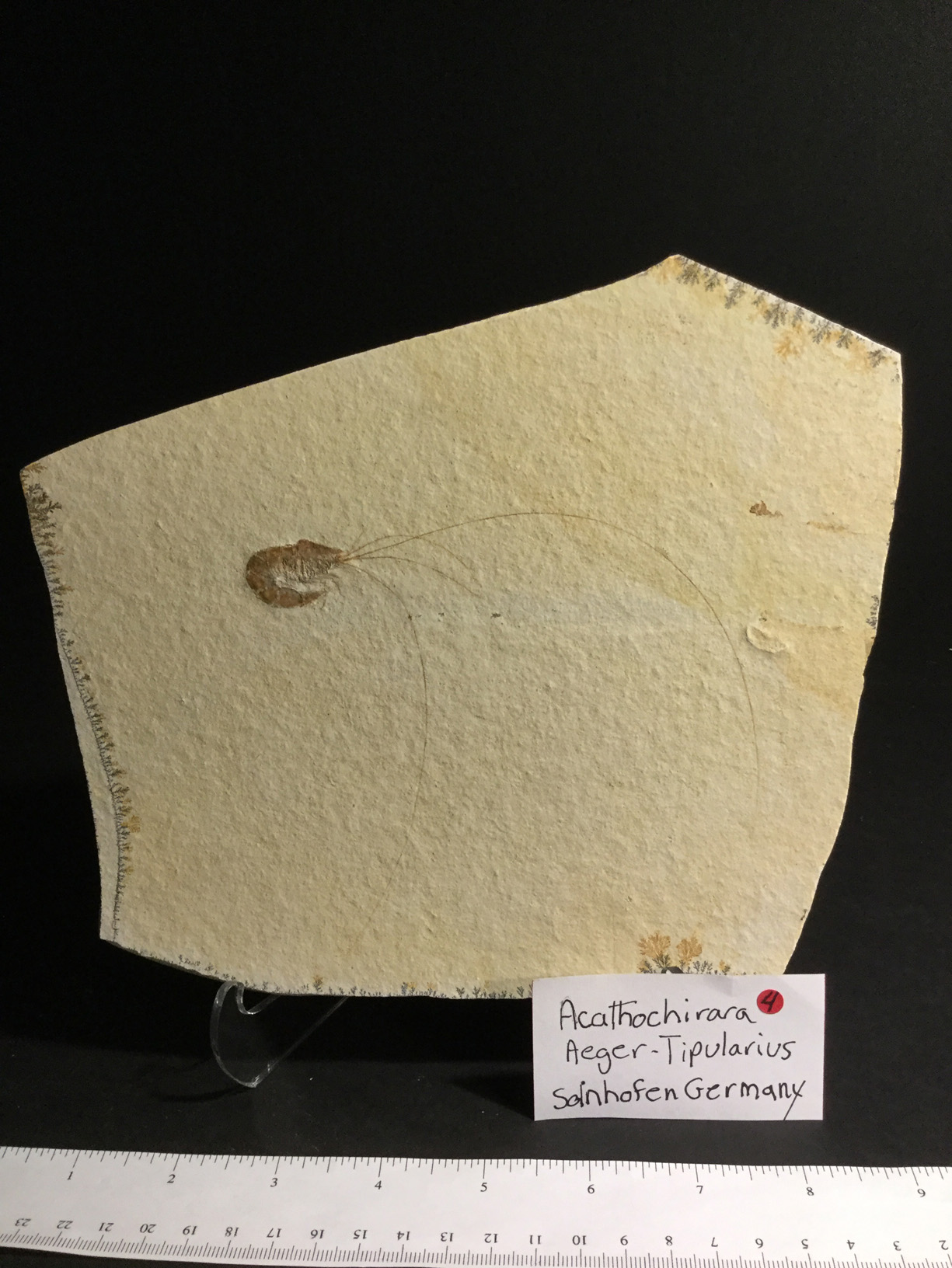 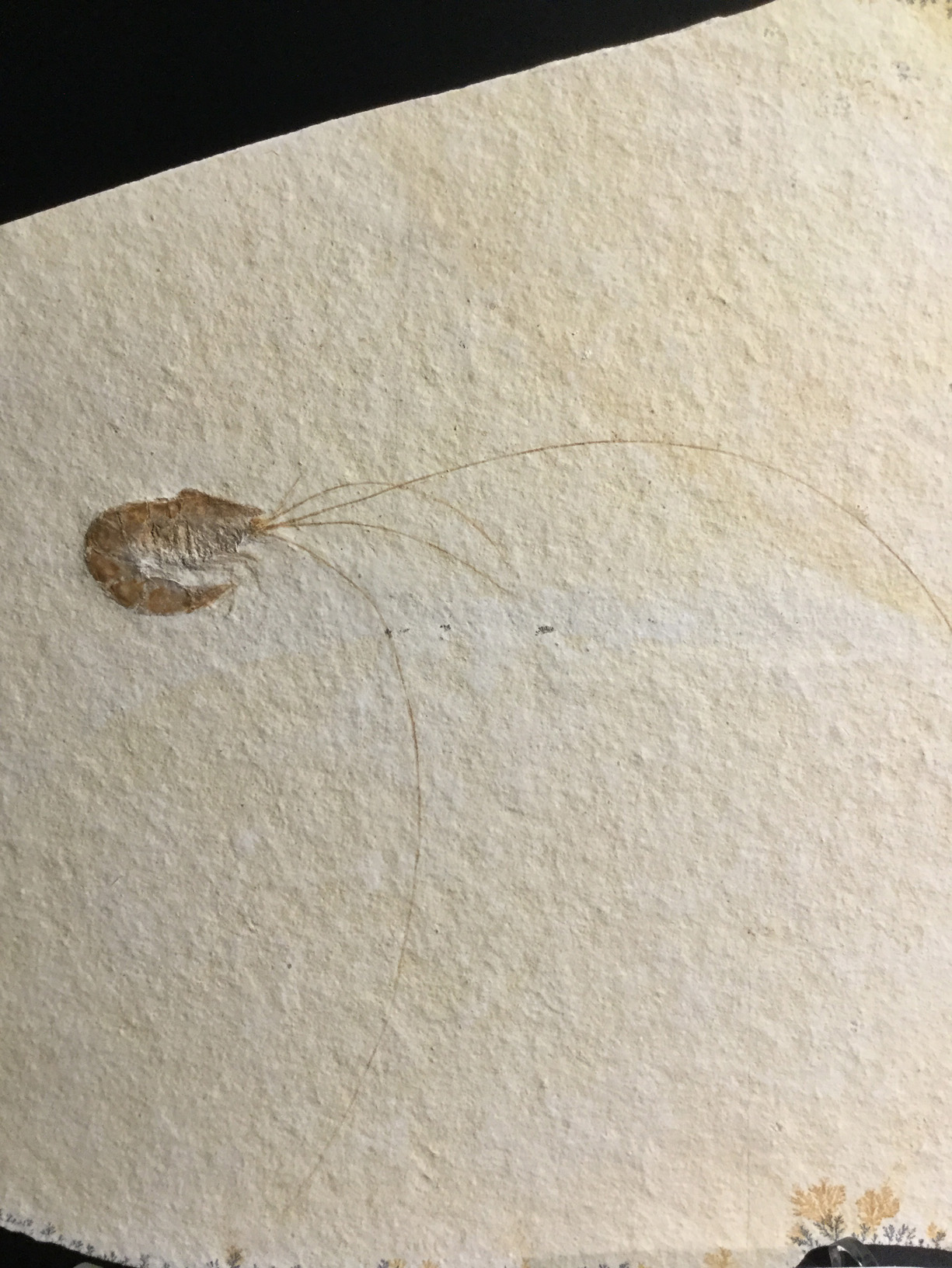 Here is a very good example of a fossil shrimp from the famous Solnhofen Limestone of Germany. This specimen is expertly prepared and has amazing detail. This crustacean is frequently found in the Solnhofen deposits. An elongated third pair of legs is characteristic of the genus.
The Solnhofen Plattenkalk, or Solnhofen limestone, is a Jurassic Konservat-Lagerstätte that preserves a rare assemblage of fossilized organisms, including highly detailed imprints of soft bodied organisms such as sea jellies. The most familiar fossils of the Solnhofen Plattenkalk include the early feathered theropod dinosaur Archaeopteryx preserved in such detail that they are among the most famous and most beautiful fossils in the world. The Solnhofen beds lie in the German state of Bavaria (Bayern), halfway between Nuremberg (Nürnberg) and Munich (München) and were originally quarried as a source of Lithographic limestone.

$300
Purchase
Jurassic Solnhofen Shrimp has been added to your cart.
Continue Shopping Checkout Now
© fossilAvenue.com
HOME
ABOUT US
PRODUCT CATALOG
CONTACT US