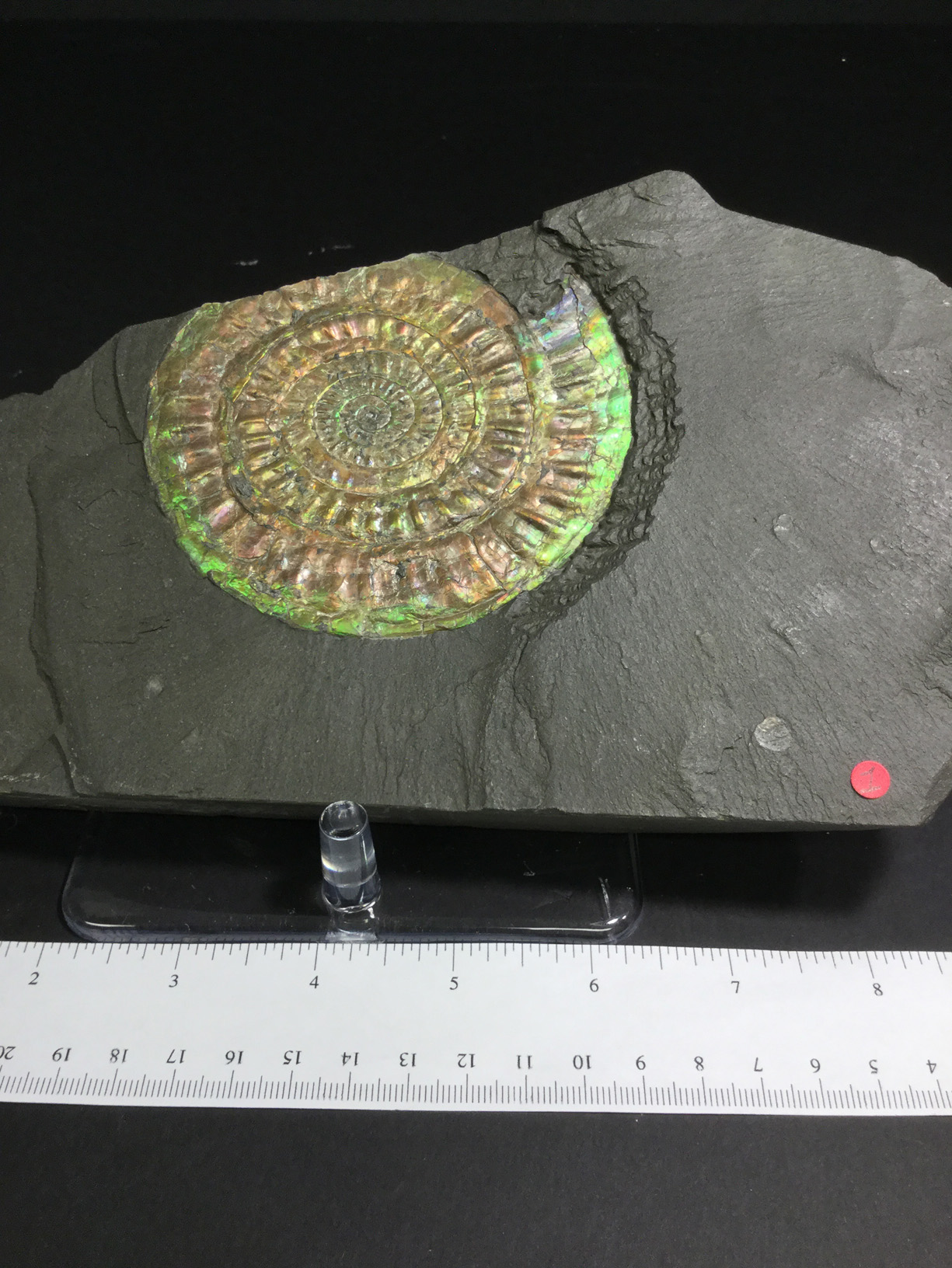 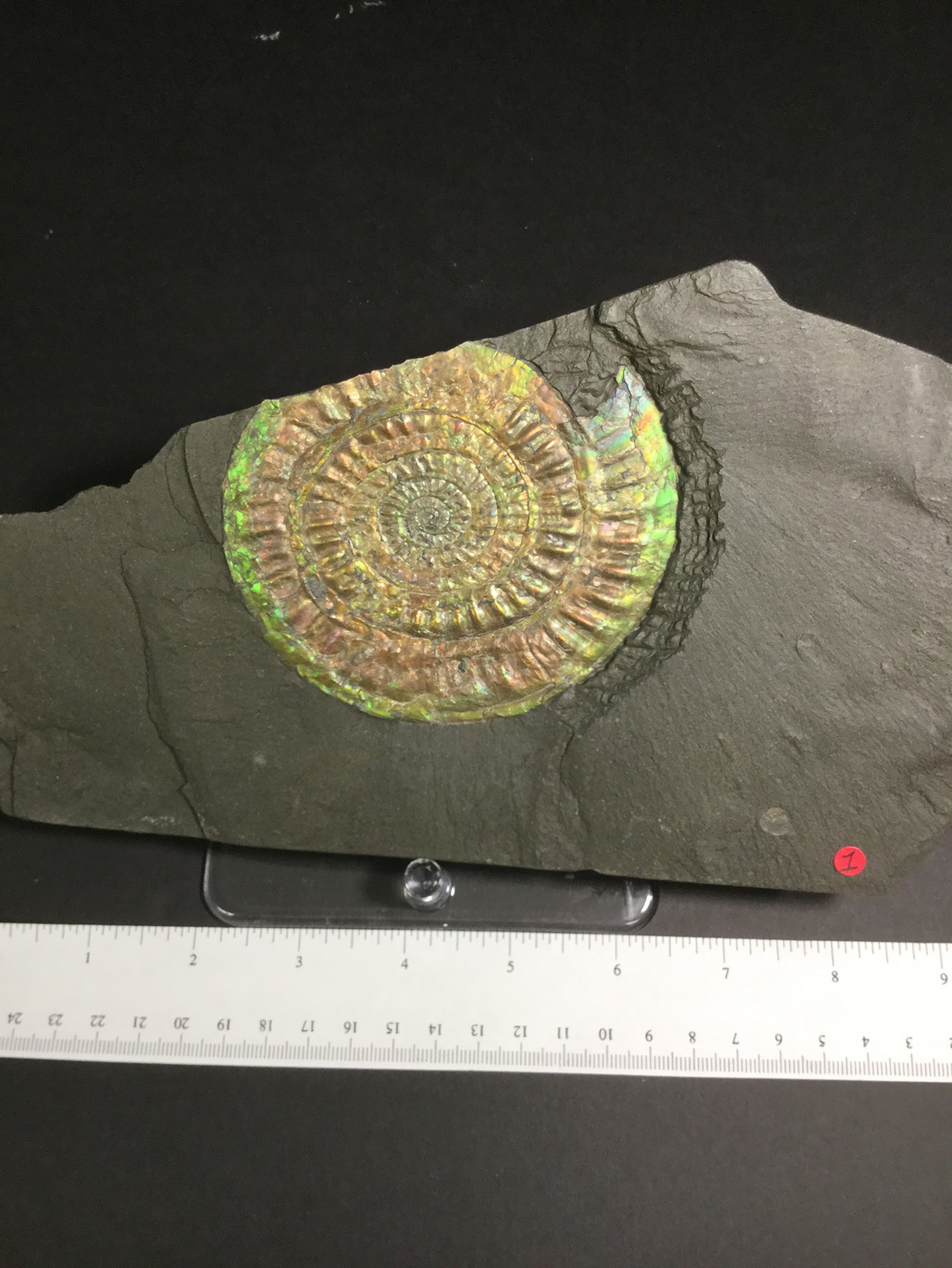 Here is a vivid example of beautiful ammonite iridescent shell from the UK. This ammonite is preserved in organic-rich black Jurassic shale.
These thin-walled ammonites are crushed, as are most of the ammonites found in this locality. Flattening of the specimen has increased the area of iridescence of the shell, which is composed of alternating layers of aragonite and conchiolin or the minerals that have replaced them during fossilization. These not only transmit light but also diffract it, acting as a Rowland prism to divide light into its component parts while reinforcing certain wave lengths, in this case spectacular greens (and even some turquoise), much as the prisms do in satellites that study the chemical composition of the stars.

$400
Purchase
Jurassic Ammonite Psiloceras has been added to your cart.
Continue Shopping Checkout Now
© fossilAvenue.com
HOME
ABOUT US
PRODUCT CATALOG
CONTACT US